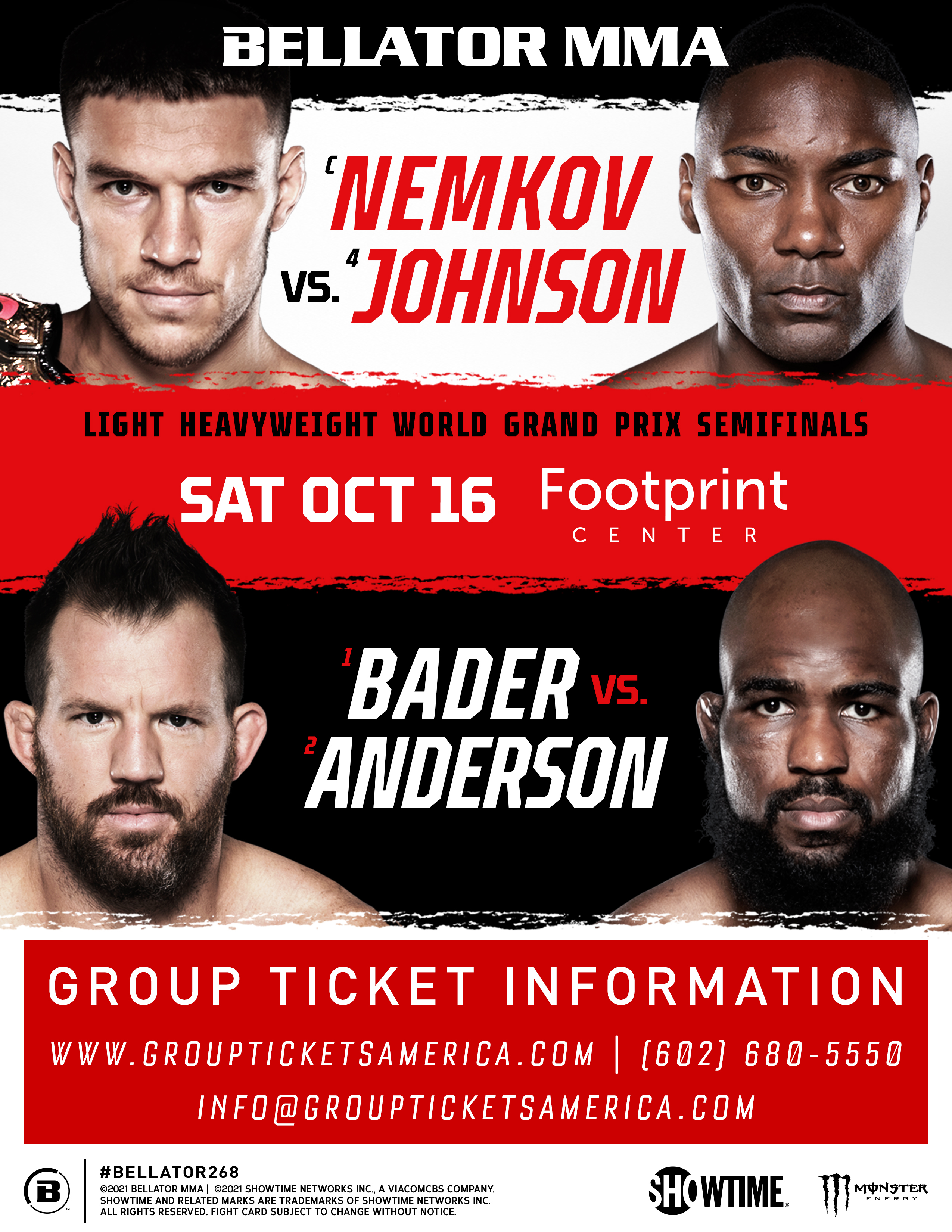 Team Fedor’s Vadim Nemkov looks to remain BELLATOR 205-pound champion on September 25, further cementing his status as the best light heavyweight fighter on the planet. In his last outing, Nemkov went five hard rounds with former champion Phil Davis, earning a unanimous decision victory en route to punching his ticket to the semifinals. Should Nemkov defend his belt again and move on to the grand prix final, between Davis—a wrestler by trade—and the power-punching “Rumble,” Nemkov will have showcased his full repertoire as a mixed martial artist in the tournament. Nemkov has been perfect in BELLATOR to this point, winning all six of his contests including three knockouts and a submission.

“Rumble” Johnson made his BELLATOR MMA debut in the opening round of the grand prix, engaging in a back-and-forth affair with Jose Augusto before notching another signature “Rumble” knockout in the second round. With the victory, the 37-year-old made it clear his time away from the sport has not slowed him down, and with wins over the likes of Glover Teixeira, Alexander Gustafsson, Phil Davis and current BELLATOR heavyweight champion Ryan Bader, “Rumble” remains one of the most imposing forces in the entire sport.

A winner in eight of his last ten bouts, Arizona State University’s “Darth” Bader will have a home game as he looks to keep the ball rolling when he steps into the BELLATOR cage for the ninth time, on the road to re-capturing the 205-pound belt he once held. Bader—despite his participation in the Light Heavyweight World Grand Prix—remains the BELLATOR Heavyweight Champion, a title he plans on unifying with the interim-champ Valentin Moldavksy following the  conclusion of the 205-pound tournament. Bader’s storied career has earned him the moniker of a legend slayer, with wins over all-time greats like Fedor Emelianenko, Antonio Rogerio Nogueira, Rashad Evans, and Quinton “Rampage” Jackson.

Corey Anderson has made an excellent impression since his arrival in BELLATOR, reeling off two dominant victories over the likes of veteran Melvin Manhoef and former ACA Champion Dovletdzhan Yagshimuradov, both ending via TKO. The Rockton, Ill. product came to the promotion boasting an already impressive resumé, previously triumphing over Johnny Walker, Glover Teixeira and Jan Błachowicz amongst others. Anderson’s fight with Bader, his third under the BELLATOR banner, will be his first with the promotion while fans are in attendance.

To reserve the best available seats now, please call me at (602) 680-5550 x1 or e-mail Dan@GroupTicketsAmerica.com. Don't wait too long as space is filling up quickly! 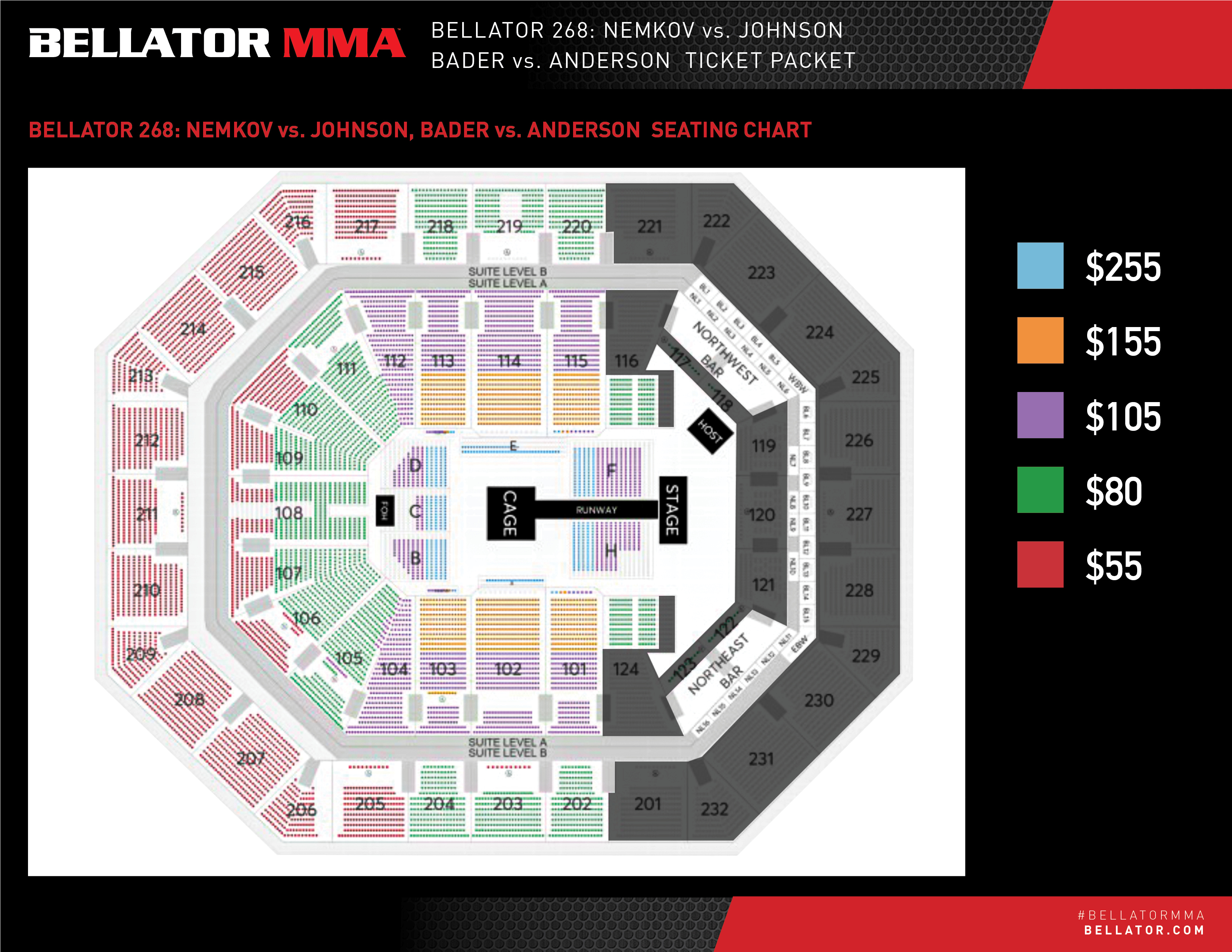